It’s hard to pin down a singular cause of poverty. Yet, one thing is for sure. Poverty has developed into a global crisis. It currently affects more than 3 billion people around the world. There are plenty of factors to consider when contemplating why poverty exists. Below are some of the reasons conceived throughout years of studying and hopefully, eliminating it.

Not everyone has access to education. Many of those who can’t compete in a certain market are those who lack skills relative to the population at large. A lot more at a disadvantage because they are poor. In fact, 72 million children of school age are not in school. Moreover, 759 million are illiterate and unable to better their living conditions.

They are stuck in this vicious cycle because they are not educated. They are born out of poverty, of parents who were not able to afford school. When they come of age, they have families and are limited to skills that are just enough to get them by. This means the inability to send their children to school. This goes on and on, further conceiving families that are below the line.

A lot of people will account for a lack of resources in association with poverty. About 700 million people do not have access to safe water. This leaves them undernourished and far from motivated to improve their lives. However, the truth is there are more than enough resources to supply the world population, even the poor. The bigger concern here is the poor distribution of these resources or lack thereof.

Enough funding is what’s needed to ensure that these resources are provided to those who can’t afford it. While there are efforts executed according to the Global Food Security Act, much more is necessary to bridge the gap.

War-torn countries, as well as those divided by their beliefs, are the ones suffering the consequences. Because of the actions of a few, highly-influential people, the rest of these areas are plagued by the lack of food, water, healthcare, and infrastructure.

Victims deserve a second chance at life. They didn’t ask for this turmoil. That’s why more grassroots efforts are required to break down the barriers and ensure victims have that chance. Moreover, drastic policy changes are needed if these countries and those who inhabit it want a better living.

One more reason why poverty exists is individual deficiencies. Whether it is a genetic disorder, a medical condition or a personal choice of not working hard enough, this all contributes to poverty on a global scale.

It’s as simple as saying someone who chooses not to work or those who make poor choices affect the poor population worldwide. Just imagine if you have about a million people choosing not to work simply because they don’t want to.

Where Your HOSA Club Comes In

Health Occupations Students of America, otherwise known as HOSA, is an international student-led organization recognized by the U.S. Department of Education and the Health Science Education (HSE) Division of ACTE. Its mission is centralized in promoting and providing health care opportunities.

Ever since it was established in 1976, HOSA has grown over 200,000 members countries such as Germany, Puerto Rico, American Samoa, Columbia, and much more.

HOSA plays an instrumental role in ensuring that those who train in the healthcare industry are more than equipped and inspired to make a difference. They must be ready to serve others through their exceptional technical skills in the field of health care. 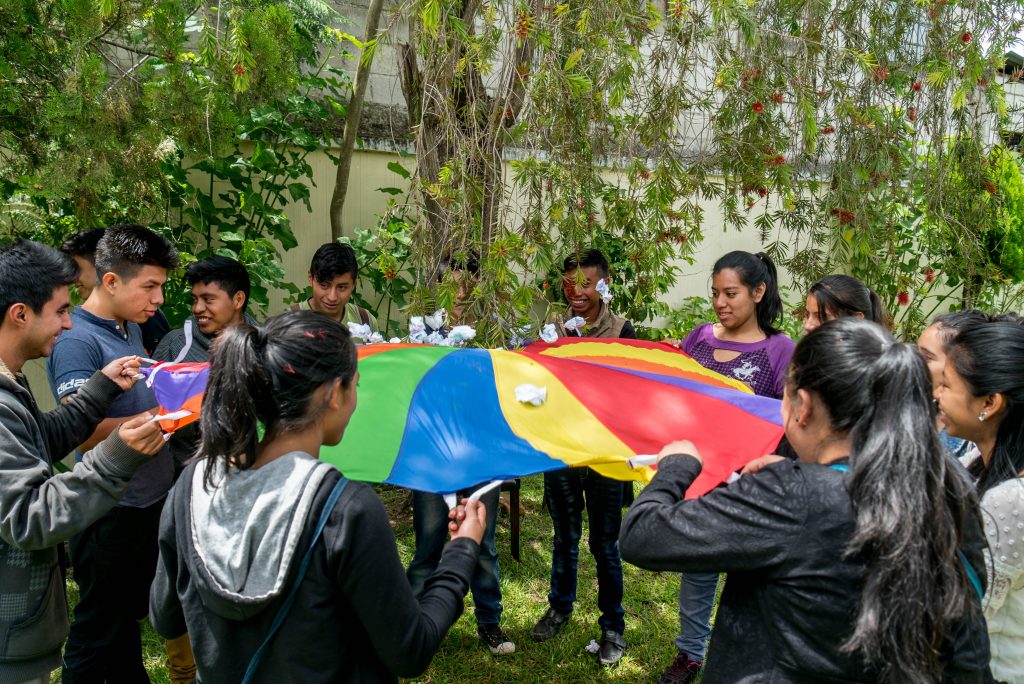 What Can Your HOSA Club Do About Poverty?

The lack of healthcare and healthcare education are among the reasons why poverty still exists. That’s why HOSA is an impactful organization that can alleviate poverty, and be part of eradicating it completely.

Becoming a member of a HOSA club means taking part in ensuring that there is a future even for those who are deeper down the line. You can do so many activities through this organization. Below are some ideas and inspirations.

There are countless people in poor countries who still don’t have access to the most basic and essential vaccines. One of the things HOSA club members can do is to organize a program that will provide for these vaccines.

Do remember that doing an outreach on some of the countries may require you to get vaccinated against certain illnesses as well. Never come in unprepared. If you are to provide healthcare services, you must be healthy yourself.

Overpopulation is an impetus to poverty. There are so many poor people all over the globe because they are not aware of their actions. What they need is to learn more about reproduction, safe sex as well as STD’s.

Providing free sex education to the youth as well as adults impacts change in a big way. People will learn just how important it is to practice safe sex and women will have better options in the future.

Sometimes, you don’t have to go far to make a change. There are enough people in your neighborhood that can use the help. There are those who are hungry or are unwell simply because they are not nourished correctly.

Why not organize a talk about better yet affordable nutrition? Bring in an expert to talk about how to eat well on a budget. Let them in on easy recipes that will make them want to forget take-outs altogether.

Give out pamphlets or hold a short class of emergency preparedness to preschool children. This prepares them better if anything happens, and there isn’t anyone at the moment to help them.

Make it fun by incorporating games or interactive activities. Create easy-to-remember songs or chants that will incorporate safety lessons.

There is always room for improvement. That’s why it counts to visit your local health care facilities. From clinics to hospitals, evaluate how each is operating. What can be done better? What do they lack?

When you have efficient facilities in your community, you are perpetuating better health, which promotes better living and livelihood.